THE era of the Costa del Crime being a safe haven for on-the-run criminals may well have come to an end.

Despite the coastline still being Europe’s undoubted gateway for drugs, the old fashioned cliché that fugitives can easily blend in and settle into an uninterrupted life in the sun, no longer holds true.

With the recent news of James Tomkins arrest in Puerto Banus after a four year man hunt, it is clear that a crackdown on crime is in full force.

Indeed, it leaves just 15 of the 50 suspects – or 30 per cent – that were installed on Crimestoppers Most Wanted List still at large.

And when you consider that at least five of these were perhaps never here in the first place, and five are almost certainly dead, then there could be just Five Men Standing.

It is excellent news and particularly encouraging when added to the recent report that crime in Marbella was down 13.21 per cent last year, putting it at the lowest level in a decade.

There is now a deluge of information available on the undesirables

It would seem that times are a-changing, so what gives?

Well firstly let me set the scene, back in the Sixties and Seventies when the likes of the Great Train Robbers and Barbara Windsor’s husband Ronnie Knight made the Costa del Sol their home.

Aided by the poor relations between the UK and Franco’s Spain (not to mention the close proximity to Morocco), it made for happy days for the colourful names from Britain’s criminal past.

But things have now changed.

While places like Marbella and Puerto Banus naturally have a dark underbelly, generally they are cleaning up.

It is getting harder to go unnoticed thanks to a series of police initiatives to crack down on organised crime.

Much of the change has come due to the prominence of crimes in the public eye.

Until relatively recently criminals from all parts of the world arrived with little more than a briefcase and promptly settled into luxurious villas passing themselves off as just another rich foreigner.

Their neighbours remained oblivious as to who lived next door and were, quite simply, too scared to ask. There was a sense that the police would do little about it anyway. And everyone just got on with their lives, no questions asked.

But in an era of mass communication thanks in part to Sky and the internet, as well as local papers, such as the Olive Press, there is a deluge of information about the undesirables who might be living next door.

People are starting to look more closely at who is moving into the neighbourhood, and they are reporting them to the police.

Of course, another change is that now the police can, and will, do more about it.

This has been helped in the main by a change in the extradition laws that for so long provided a very convenient loophole for those hiding out here.

Shockingly, it was only in 2003 that the extradition treaty, cancelled in 1978 following a spat over Gibraltar, was finally ratified again by Spain.

So, in 2004 when the European Arrest Warrant finally came into effect, it became a whole lot easier to get British criminals back home.

This year, Operation Shovel, which was launched after Irishman Paddy Doyle was shot dead in Estepona, saw the capture of 36 men accused of being a part of a gang run by Christopher ‘Christy’ Kinahan.

And, while the operation once again highlighted the presence of Mafia groups on the Costa del Sol, it also highlighted a change in police attitude. 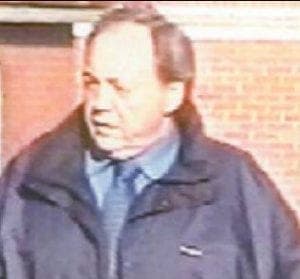 Indeed, it sent out a clear message to the criminals that they were no longer untouchable and they could no longer get away with murder.

As one Irish detective told a TV3 documentary last week: “It has hit the Irish mafia gangs for six and they are really thinking twice about getting back into Spain.”

Added to this the success of Crimestoppers Most Wanted and it proves high profile campaigns are working.

The public, recognising the faces from TV and newspapers, are shopping the criminals who had hoped to escape the long arm of the law and spend a lifetime sipping sangria on the beach.

So, while admittedly it is still possible for crime to thrive down here with a plethora of illegal ways to make money, it would seem the Costa del Crime has seen its heyday.

Cristina Hodgson - 30 Sep, 2022 @ 09:15
AN excavation has uncovered what could be the oldest open-air site of the late Neolithic in the Bay of Malaga. As reported by the city...