I KNOW that variety is considered the spice of life but, when it comes to The Royal Variety Performance at the London Palladium, too much of a good thing might be very bad for you.

Initially enthusiastic, The Lady Bartie and I watched the latest televised effort with mounting concern.

First the camerawork was diabolical. Zooming in from left and right, high and low, one never knew where the main performer was standing let alone what else was happening on stage. If anything, the lighting was even worse.

Lord only knows what was happening when the stage was full of young people who were throwing each other up in the air and running round in circles.

The lights were going at such a rate that it was difficult to see who was throwing whom at whom.

Whoever designed the sets must have been affected by hallucinogenic substances as the background was either lightning or ocean waves. I could put up with the former but the latter induced a mild mal de mer.

One of the acts was described as “controversial”. I suspect that this was because it wasn’t very good. It consisted of two chaps and a girl, she singing, they talking quickly and inaudibly about nothing very much.

I think this style of music is called “rap”, though a single-letter prefix would be more accurate.

The announcer insisted on asking the audience to show their “love” and “respect” for comedians that, in the main, we had never before heard of.

Now I know that this is a charity event but love and respect are step too far. Although, I admit, it was nice to see five young chaps singing in the final act being recognised for their shared disability – all of them were wearing hearing aids.

The vogue for all-singing, all-dancing, laser lit variety is a long way from Sunday Night at the London Palladium.

In those days Tiller Girls kicked their heels as the stage revolved; Bruce Forsythe told unfunny jokes (as he does to this day) and we were spellbound until the credits.

Where did it all go wrong? 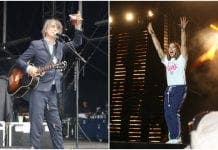 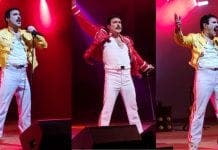 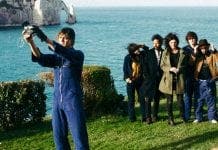