A DATING agency which encourages married people to have affairs has come under attack for using a picture of the Spanish king and Prince Charles in its advert.

Ashley Madison – which helps you to be unfaithful for just 49 euros – was also forced to take a big advertising hoarding down from Madrid’s main street Gran Via.

It comes after it emerged that the controversial advert did not have permission from King Juan Carlos to use his image.

The poster showed him alongside two other ‘unfaithful’ men Prince Charles and former US President Bill Clinton with the caption: ‘What do these ‘royals’ have in common? –They should have used Ashley Madison.’

“We were just referring to the rumours that exist [about the king],” said a spokesman for the company that has just launched in Spain.

The company could now be facing a huge lawsuit… because while Clinton famously  had ‘sexual relations’ with Monica Lewinsky and Charles was unfaithful to Princess Diana, rumours about Juan Carlos’ infidelity have never been confirmed.

The Palace has so far declined to comment on the poster.

It comes just a week after the company showed their first television advert in Spain with the message, ‘Life is short. Have an adventure’. 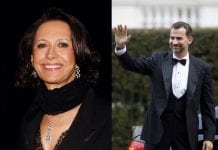 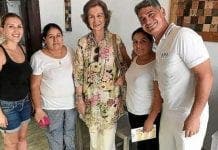 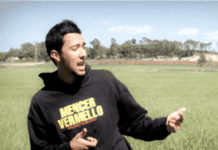