SPAIN’S ‘indignant’ are making sure their voices are heard across Europe.

Two months after they launched a movement against the economic crisis and soaring unemployment, thousands of protesters – including hundreds who crossed the country on foot – once again descended on the capital.

And more than 50 protesters have set off from Madrid on foot hoping to reach Brussels by October 8 to bring their fight to the attention of all of Europe.

On Sunday thousands of people marched under placards reading ‘The guilty must pay for the crisis,’ and ‘they call it democracy but it isn’t’.

The protesters have won broad public support in their fight which started in the build up to the May elections. 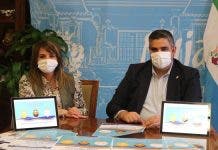