THERE were fireworks on Saturday, November 5 at the Fernando Hierro stadium in Velez-Malaga when  Axarquia Rugby Under-17s put on an impressive display of running rugby and skillful ball handling.

They  defeated their league opponents Bahia 89 from Cadiz province, by 29-5 points earning themselves four points for the win and an additional bonus point for scoring more than four tries.

Axarquia Cadetes now move up to third in the league and next Saturday, November 12, host the team from Gibraltar Rugby Club. Kick-off is at 17.00. 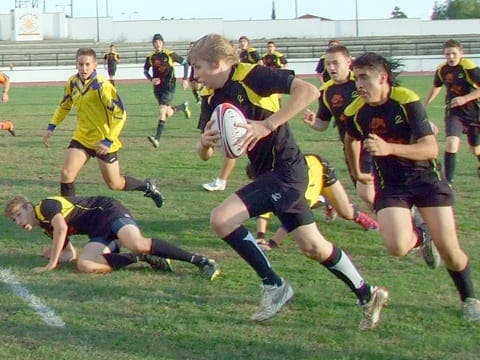