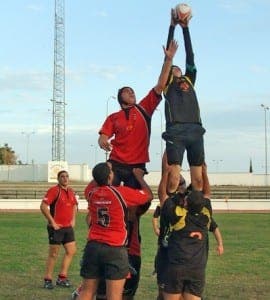 ON Saturday 12th November, at the Fernando Hierro stadium in Velez-Malaga, Axarquia Rugby Under-17’s, hosted the strong and renowned Cadetes team from Gibraltar. The teams and crowd respected Remembrance Day with a one-minute silence prior to the game kick-off.

Axarquia Rugby, conceding weight and strength in the forwards against their larger opponents, fought hard and a great first half saw both teams play powerful and skillful rugby with Gibraltar edging the contest scoring two tries to Axarquia’s one try, and Gibraltar went into the break leading by 12-7 points with all to play for in the second half.

Axarquia, missing their manager and a tactical half-time team talk, started the second half poorly, conceding two preventable tries early on. Morale dipped, and eventually Gibraltar went on to win 39-7. It was a great display of rugby, with merit going to both sides for the spirit and sportsmanship that both sides displayed.

Axarquia now face the might of Marbella Rugby Club next weekend at home on Saturday 19th November at 17.00. It will be a really tough game but one which the boys will relish and will, undoubtedly, raise their game to match their superior opponents.

Training for Axarquia Rugby Club is held at the Fernando Hierro Stadium in Velez-Malaga every Tuesday and Thursday from 19.00 for the Juniors and 20.30 for the seniors (all age groups welcome). 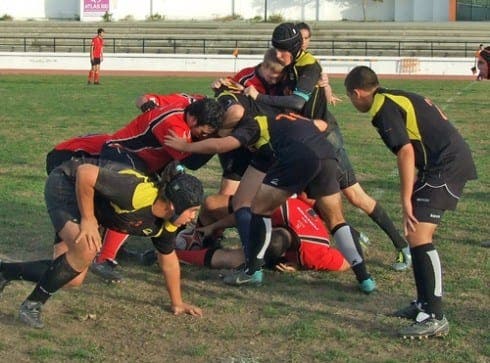