THE daughter of a pensioner targeted by thieves while out shopping has praised staff for their help.

Footage taken from CCTV cameras was handed over to Caroline Starbuck, 45, after her mother Daphne Boxer, 79, had her purse stolen in a Chinese shop in Calahonda.

“Two men  – who clearly look British – asked her to reach something off the top shelf, which is ridiculous when you see the size of them, and then undid her bag and stole her purse,” Starbuck told the Olive Press.

While the footage does not show the theft, the images appear to show one of the men attempting to place another item in the waistband of his trousers.

“The staff were extraordinary, they were so helpful and were very quick to hand over the CCTV footage so we could give it to the police,” Starbuck added.

She added that her mother, who lives in Coin, had been ‘traumatised’ by the theft and she didn’t believe the police were doing much about it. 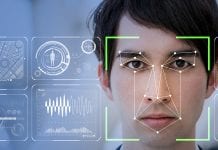