TONY Blair agreed to a secret deal to hand Gibraltar over to Spain, claims a former cabinet minister.

In a sensational new book, Peter Hain insists that he and Jack Straw struck a joint sovereignty deal with the Spanish government in 2002 after being given the green light by the former Prime Minister.

In his memoirs, Hain reveals that Blair was keen to win the support of Spain in order to strengthen his hand in Europe.

The former Europe Minister also accused Gibraltarian leaders of being stuck in the past, while he describes Blair’s attitude towards the Rock’s inhabitants as ‘contemptuous’.

The deal was scuppered following resistance from Spanish ‘hardliners’ who insisted on full sovereignty. 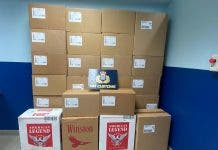 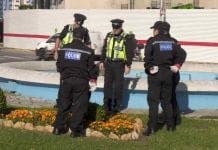 John Culatto - 30 Nov, 2020 @ 19:00
A TOTAL of 1,250 cartons of cigarettes have been seized by Customs officers before they were smuggled to Spain last weekend.