EXPATS are being told to beware of phone calls from people claiming to work for software giant Windows.

The scam involves the recipient of the call being told that their computer is causing problems to the Windows network by sending out a large number of emails.

The call is a ruse to take control of the computer, under the premise of fixing the problem, in a bid to obtain bank details and other personal information.

“On one occasion, details were given and then a demand was made for 350 euros for work done,” said a Neighbourhood Watch spokesman.

“When this was refused a further demand was made for 1,000 euros to cover contamination to Windows equipment which was again refused.”

The spokesman added that it was not standard practice for Windows to contact individual clients by phone. 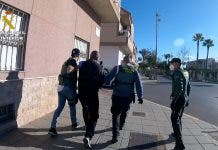