AN entire Spanish village is celebrating after scooping a share of the 720 million euro El Gordo lottery jackpot…except for one man who didn’t buy a ticket.

Filmmaker Costis Mitsotakis was missed off when residents went round Sodeto collecting money for the annual Christmas draw.

But the oversight proved costly, with the greek national missing out on a minimum prize of 100,000 euros from the five euro ticket.

Many of the 250 villagers bought several tickets, making them instant millionaires, sparking scenes of jubilation as they danced in the streets.

The north-east Spanish village has been hit hard by the recession, with some villagers struggling to scrape together enough to buy a ticket.

Mayor Rosa Pons said: “Some of the ladies talked about going to the hairdresser.

“But the hairdresser won, too. And she said, ‘I’m not working today’. So that ended that.”

El Gordo has a total of 1,800 winning tickets costing around 19 euros each but they are actually split up into four tickets or ‘participations’ sold together.

The villagers won a total of 120 million euros with the remaining 600 million euros going to locals in the nearby town of Granen and surrounding villages. 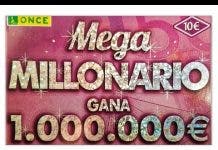 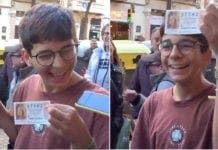