SPAIN’S Princess Cristina has been ordered to join her disgraced Prince Charming in the dock.

The Supreme Court has called for her to give evidence over allegations of fraud and tax evasion linked to her husband Inaki Urdangarin’s company the Noos Institute.

Magistrate Jose Ramon Soriano made the decision after the King claimed in his Christmas message that Justice is the same for all.

“It seems that most of the responsibility was with her husband, but he pulled her into the businesses, and she is not a stupid person,” he confirmed in his reasons for calling her.

“If she formed part of the companies involved, then of course she would know something.” 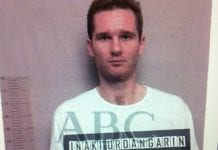