THE Department of Pointless Research continues to prosper and, in one of its more recent reports, it pronounced that stir-fried food has now replaced curry as the favourite meal on dinner tables in NSGB.

This earth-shattering news is based on a study showing that a quarter of British people now eat oriental cuisine up to three times a week – much more than they did a decade ago.  That’s it!

One in four Brits is now happy to fumble with the chopsticks as they munch on chicken chow mein and dunk their sushi in a bowl of miso.

Of course, there is no comparison in the report between the number of times we eschewed steak and kidney pie in favour of Peking duck this year compared to 10 years ago, so the value of the research is a bit like Chinese food itself.

You digest a huge plateful of data in the evening and still wake up feeling hungry the following morning.

Who writes this stuff?

It might be of interest if thousands of Indian restaurants were closing as the nation’s palette switched to East Asian flavours but there is no evidence that Chinese or Thai restaurants are starting to dominate the high streets of Britain.

The fact that Waitrose now sell pre-prepared beef and black bean in its range of microwaveable meals for one is hardly something to get excited about.

This meaningless report reminds me of the old Benny Hill sketch.  A diner in a Chinese restaurant complains saying: “Waiter, this chicken is rubbery,” to which the waiter replies “Frank you, sir”.

SOME years ago I found myself in London, at the Albert Hall, watching a chap called Jools Holland and his Rhythm and Blues Orchestra.

This was most uncharacteristic of me but The Lady Bartie’s nephew, Rupert, had acquired tickets – so who was I to refuse?

Actually the evening turned out to be quite pleasant; the music was tolerable: my admission was free; there was a bar for the interval.

I can’t recall much about the songs nor the type of music that was played – modern stuff is a bit like that – but I do recall the thought that, if one saw the members of the Rhythm and Blues Orchestra out on the street, one wouldn’t hesitate to call the police.

As luck (or possibly fate) would have it, I was recently in New York and my host took me to an impromptu concert by someone called Paul Simon.

Once again I found the music pleasant if unremarkable, but this time the accompanying musicians looked more like a terrorist clique than a popular music combo.

Calling the police would not do!  Nothing less than a SWAT squad would be sufficient.

What is it with modern musicians?  Why must they always look as though they were dragged through a hedge backwards after an extended sojourn at an Al Qaeda training camp in Afghanistan?

More mature readers may recall a time when orchestras dressed for the occasion.  Black tie was de rigueur, a white jacket was considered daring.

The King of Jazz, Paul Whiteman, would never have appeared unshaven with hair down to his shoulders; Duke Ellington would not have entertained any band member who sported a ring in his ear (or anywhere else, for that matter); King Oliver’s music was, at times, outlandish but he never looked as though he needed a hot bath or a visit to his barber.

I understand that, these days, it is not enough to be a proficient musician to get a job with a popular music ensemble; one must also look ‘cool’ – whatever that means.

But isn’t it a pity that we have, collectively, accepted a diminution in standards to the point where instrumentalists can pitch up unshaven in their pyjamas and no one bats an eyelid.

Is it any wonder that children become wayward?  There are no role models anymore. 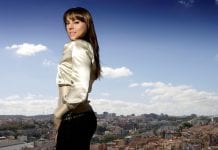