TRADITIONALLY the Spring Equinox (March  21) is the time to give the body an internal spring clean or detox.

A variety of herbs has been used over the centuries, in particular dandelion (Taraxacum officinale) and burdock (Arctium lappa) – not the fizzy drink popular in the 1950s, which rarely contained any actual plant material – but herbs native to Europe.

Dandelion, mentioned in Arabic herbals in the 11th century, not only increases urination but is also an excellent liver and digestive tonic.

Burdock has long been regarded as a cleansing remedy that helps rid the body of toxins and is used extensively in Japanese cuisine, where it is known as gobo.

The most effective way to take these herbs is as tinctures.

This involves placing the dried root of burdock and the dried leaves and roots of dandelion (available from health food shops) in a jar and covering with…vodka! (I know this sounds contradictory, but believe me, it works).

Seal the jar and place in a dark cupboard for three weeks, shaking the jar regularly.

Open the jar and strain the liquid through a muslin cloth into a clean dark glass bottle.

The tincture will keep for several months.

To feel the benefits, take a teaspoon in warm water three times a day for two weeks.

Another highly regarded cleansing herb, found alongside many country tracks here in Andalucia, is cleavers (Galium aparine), also known as goosegrass and Sticky Willie due to its propensity to stick to clothes and animal coats.

Once used to dye tartans in Scotland in the 17th century and to colour cheeses, notably Cheshire cheese, cleavers continues to be used in herbal medicine today for a variety of skin conditions.

Cleavers is a scrambling plant with leaves in a distinctive whorl around a bristly stem and can be foraged from spring to autumn.

A tea made with cleavers and nettle leaves makes a good cleansing drink at most times of the year.

Buy a good field guide to ensure correct identification or join a walk with an expert.

And remember, NEVER pick herbs in the wild unless you are sure what the plant is! 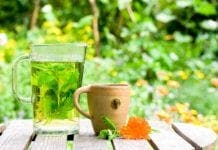 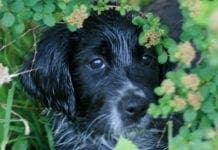 Perking up your pets! 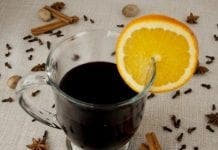