MALAGA Rugby Club played host to their rivals from the Axarquia Rugby Club in a friendly fixture for the U18’s at the University of Malaga Rugby Stadium on Saturday, March 24, 2012.

The match started brightly with the Axarquia team dominant in the early stages running in two fantastic tries and a conversion.

Malaga were just starting to fight back, and had just scored a try, when an incident involving the referee shocked both sets of supporters, players and coaches alike.

The referee (a senior 6ft 4in player from Malaga Rugby Club), spotted a late tackle from the Axarquia number 8 on one of the Malaga backs. The referee ran towards the offence and everyone thought that a yellow card was about to be produced as punishment for the player… instead, the referee administered an unofficial punishment of his own.

He ran towards the 16-year-old Axarquia player, who was on his knees getting up, and threw a full punch into the face of the boy – the sound of the crunch clearly heard in the grandstand. There was shock all around. The referee then threw his whistle to the ground muttering “I don’t want to be a referee anymore” and effectively sent himself off for violent conduct.

As he trudged off with his head held low, not surprisingly, the parents of the boy remonstrated with the referee over the assault on their son and called the National Police who turned up some minutes later to question to assailant.

The Axarquia player was then taken to the nearby hospital for a check-up after complaining of soreness inside his ear.

The match was abandoned.

It later transpired that the Malaga back who had been late-tackled was the son of the referee.

One seasoned supporter said, “I’ve been watching rugby for over 40 years and have never seen anything like it. Rugby is a tough enough sport to play without having a referee physically assault a player! Incredible and unbelievable behaviour”

An Axarquia club spokesman confirmed that they would be reporting the referee to the Andalucian Rugby Federation and would be talking to Malaga to ensure that the good relations between the clubs would be preserved. 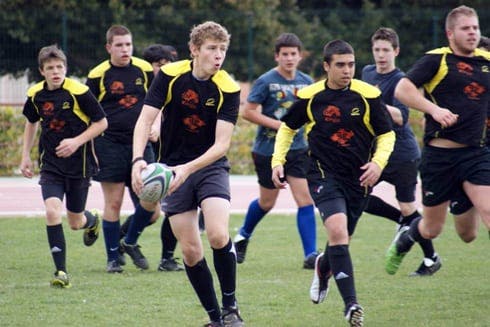 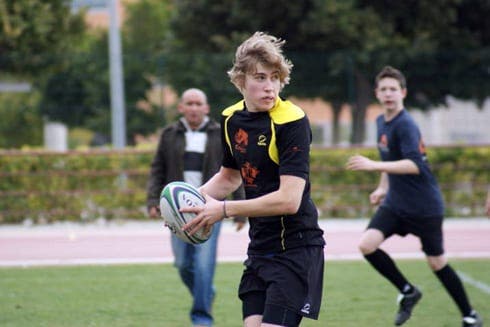