A BRITISH expat has come forward believing to have seen Maddie McCann in Nerja – exactly five years since her disappearance.

The Frigiliana-based pensioner hopes her sighting will help Portuguese police who sensationally sent a request to their Spanish counterparts to investigate other sightings in Nerja just a fortnight ago.

The former cleaner, who has lived in the area for a decade, has spoken out after reading an article in the Olive Press, last issue.

She revealed how she had made the sighting while eating at Merendero restaurant with her partner in August last year.

“We were quite taken aback when we saw this Maddie look-a-like walk off the beach and join a table of what we could only describe as a party of Spanish people or similar,” said Johnson. 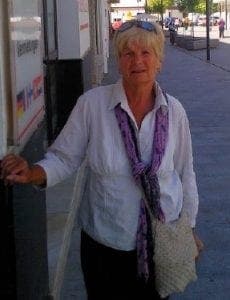 “They were completely different to her. The whole family was dark skinned, whereas she had fair hair and pale skin and obviously was northern European.

“It was very, very strange. She was about eight and seemed really airy-fairy, and in a world of her own.

“She hardly spent any time with the family and didn’t sit with the people she was with at all.”

“As we crossed the road to our car, just up the road was a dark blue or grey car, a people carrier or similar – possibly a Citroen Picasso or Renault Scenic – with a Portuguese number plate,” said Johnson, originally from Buckinghamshire.

“We, like a lot of people, and especially her parents, want her found and any information we can give we would like to think it could help.”

Regretting that she did not take a picture with her mobile phone, she added: “We hope people don’t think we are jumping on the bandwagon, looking for publicity. This is simply about Maddie and trying to find her.”

Her sighting is remarkably similar to another Olive Press reader Yvonne Tunnicliffe who insisted she was ‘100 per cent sure’ she saw Maddie while out on a shopping trip in Alhaurin two years ago.

She described seeing a blonde girl who looked just like her dad Gerry McCann with a man, who appeared to be ‘a gypsy’, in 2009.

It has been confirmed that Spain’s Specialist and Violent Crime Unit (UDEV) is investigating the Nerja connection.

Last night, the Olive Press passed over Rose Johnson’s contact details to police to help in their search.

Meanwhile Portuguese police have refused to reopen the case after British police revealed there were 195 new leads, despite Detective Chief Inspector Andy Redwood saying he ‘genuinely’ believes she could be alive. 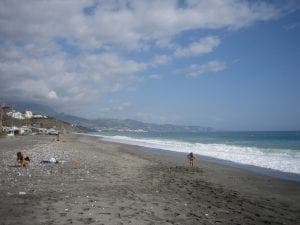 In addition, a former senior Met officer has said Maddie was ‘most likely abducted by a couple’ who ‘wanted her as part of a family’.

Having spent a week on the Algarve, Ian Horrocks, is convinced a paedophile would have found many easier places to snatch a child.

He also believes the original investigation was flawed because police were looking for a dead person and got it into their minds that the parents were to blame.

Meanwhile the Met Police have issued a photofit of how Maddie might look today.