THOUSANDS of homeowners are bracing themselves after a plan was submitted to run the Mediterranean Corridor along the Costa del Sol.

While running largely parallel to the A-7 motorway, the new proposed rail line cuts across open farmland inland from Manilva to Algeciras, as well as a section inland from Marbella and west of Fuengirola.

Backed by the Malaga authorities, lobby group Ferrmed has proposed the line from Almeria to Algeciras, via Malaga.

The route, which includes stops in Motril and Marbella – currently the only town in Spain with a population over 100,000 without a train station – also includes a freight line.

The western stretch from Malaga would cost an estimated 7.5 billion euros alone and include nine tunnels and 10 viaducts.

Ferrmed justified the cost by emphasising the high economic impact the line would have on the area.

The study has now been presented to the government, which will need to have it rubber stamped by the European Commission if it is to go ahead.

Speaking after the meeting the mayor of Malaga, Francisco de la Torre, stressed the importance of the corridor for commercial development between Europe and Asia.

He insisted it ‘made more sense to run the freight line along the coast than inland which has steep inclines preventing the passage of big trains.’

According to a map printed in Diario Sur, the route appears to go inland near Pueblonuevo de Guadiaro and San Martin de Tesorillo before cutting down to La Linea, not Algeciras. 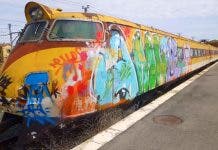 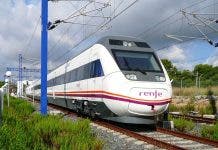 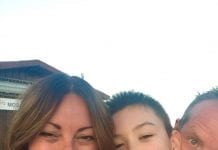