A TINY ‘dive-bombing’ Spanish wasp is among the top 10 new animal and plant species identified in the last year.

The 2mm-long parasite – known as Kollasmosoma Sentum in Latin – was picked from an incredible list of over 200 new species.

Found living in an area near Madrid, it has been selected by The International Institute for Species Exploration at Arizona State University, which
aims to promote wildlife and its conservation.

What most impressed the judges was its fascinating tactics to target its prey, worker ants.

In a fascinating film shot by ant expert Jose Maria Gomez Duran, the female wasp hovers just one centimetre from the ground, waiting for the ant to be slowed down by a heavy load.

It then swoops, planting an egg into her prey’s back or head – all in just a 20th of a second!

It is not yet known what happens when the eggs hatch, but it is thought the ant eventually dies and is deposited outside the nest, allowing the young dive-bombing wasp to fly off.

Also in the top 10 is the Burmese snub-nosed monkey, whose snout is so upturned it gets an attack of the sneezes when it rains.

Then there’s the devil’s worm, a tiny organism thought to be the deepest living creature on the planet, which was discovered a mile underground in South Africa.

A new mushroom, known as Spongiforma squarepantsii, was found during a forest expedition in Indonesia.

And yes, you did read that right – researchers at San Francisco University decided to name the fungus after the cartoon character SpongeBob Squarepants because it looks just like a sea sponge.

See footage of the ‘dive- bomb’ wasp at: http://www.youtube.com/watch?v=bpMGhGMWaTA 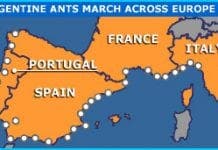 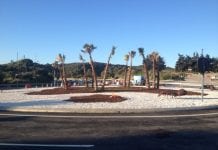 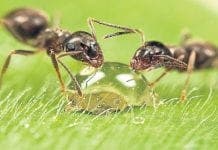