THE speed limit on Spanish B roads is to be reduced from 100 km per hour to 90.

Spanish Interior Minister Jorge Fernandez Diaz said 80 per cent of accidents occur on B roads, highlighting the ‘direct link between the speed limit and the number of accidents’.

Other measures to be introduced nationwide include installing adjustable speed signs on motorways, that are changed according to weather conditions.

These signs are already being used successfully in Barcelona.

Plans to increase the speed limit on Spain’s motorways from 120 km/h to 130 km/h are still being discussed. 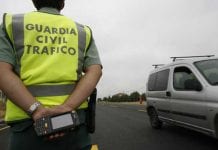 REVEALED: How much over the speed limit you can go without being snapped by speed cameras in Spain 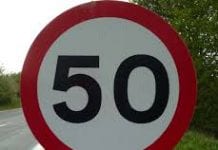 Driving speed limits to be cut across Spain