WE are all aware that a European member nation, Greece, is experiencing what might delicately be described as a spot of financial difficulty.

We have already asked the question: How did Greece get into European Monetary Union in the first place and, I might point out, we have yet to receive a credible answer.

What comes to my mind at this time is: Where did all the money go?

If I had a friend who was experiencing a little cash-flow problem I might consider advancing him a few quid to tide him over.

Were I a usurer, a bank for instance, I might insist that a percentage of interest be added to the initial loan.

However, if my friend defaults on the loan repayments, I would feel it within my rights to ask where he spent the money.

Now, scale up the exercise to the level of a nation state and ask the same question. Greece has borrowed squillions of euros and is experiencing difficulty in repaying the loans. So where did the money go?

Where are all those euros? Did they simply evaporate? To whom were they given? Did the Greeks get receipts?

I want to know where this money has gone.

Where has it been spent, for what reason, when and by whom before we invest another centimo the Greek economy.

This is important because it won’t be too long before the same questions will be asked of Spain. 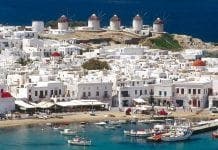 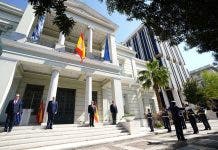 Laurence Crumbie - 3 Mar, 2021 @ 16:15
PRIMARK branches in Spain have prevented the low-cost fashion firm from going under during the coronavirus pandemic, sales figures reveal.