HOW sad to read that Sir Paul McCartney is advocating at least one meat-free day a week in school canteens.

How irresponsible can he get?  Doesn’t he know what this kind of behaviour can lead to?

It is hard to admit but, as a young man, I also strayed into the murky world of vegetarianism.

I started hanging around with the wrong crowd, pasty-faced people who regularly cooked with tofu and brown rice.

I should have realised what I was getting into but, like most people, I thought that I could handle it.  However, it wasn’t long before I became totally addicted and went vegan.

I was living on bean shoots and wearing hemp footwear, a plastic belt and even had vegetarian shoelaces.

I’d usually hang around juice bars with other addicts on the wrong side of town and we’d frequently get into fights with kids from McDonalds and Burger King.

I couldn’t walk past a butcher’s shop without a feeling of nausea and a plate of fish fingers would bring me out in a rash.

I was even prepared to steal to feed my addiction to falafel and butter beans.

Fortunately, I was one of the lucky ones and, with the help of family and friends, I managed to ease myself back into society.

But it wasn’t easy.

As part of my treatment and rehab I was persuaded to ingest the occasional bacon sandwich and then gently moved on to a lamb chop or two.

I can still recall with pride the day that I finished a medium-rare T-bone steak and thought that I was cured.  But anyone who has trodden this path will know that it is not that easy.

One never really gets cured of vegetarianism.

I still attend the monthly meetings of VA (Vegetarians Anonymous) where we buoy each other up with dark tales of meat-free lasagne and mushroom ragout.

We admit that we were powerless over vegetarianism and our lives had become uncontrollable and we always end each session by openly acknowledging: I used to be a vegetarian and I could be again.

AT last the government in NSGB has seen the error of its ways and has decided to end the shameful subsidies for wind farmers.

Unfortunately the gap between decision and implementation will be eight years!  Can you believe that?

The economy is shot to pieces but Cameron and the wimp Osborne are prepared to fritter away £400 million a year to subsidise wind farms.

I had hoped that once the New Labour administration was cast into the dustbin of history the government might start to adopt sensible policies that were in the interest of its electorate.

I am aware that the Lib Dems don’t help matters much with their insistence that everyone drive cars that run on grass but I did expect more when it comes to profligate wastes of money.

As I understand it, the government subsidises wind farms to generate electricity that is sold to consumers at an inflated price to absorb the cost of the initial subsidy.

In other words the poor old consumer is forced to pay more for a utility that was already expensive when produced by conventional means.

And well you might ask whether the wind farms will eventually replace conventional power generation as the answer is still a resounding: NO!

Aliens watching the activities of we earthlings must be asking themselves why would anyone bother to erect giant wind turbines that disfigure vast tracts of picturesque countryside, that disturb wildlife, that affect the health and livelihood of anyone unfortunate enough to live in close proximity and that artificially inflate the cost of the power that is generated.

Perhaps that’s why they haven’t bothered to invade.

They realise that the planet is brimming with madness. 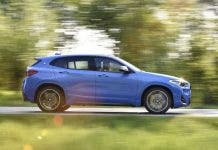 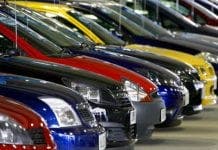 Javier Guerrero points the finger at his superiors in ERE scandal