THE tax man is coming to Spain.

Hacienda (Inland Revenue) bosses have announced new plans to crack down on offenders, with higher fines for those who pay late and new attention given to the black economy.

She said that Spain invested just a third of the resources into tax collection of neighbouring France.

Viana said there will be harsher penalties for those who do not pay their taxes and faster systems for debt collection. 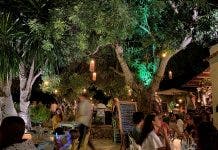