AN action group set up to draw attention to excessive border queues has been criticised by a Spanish police union.

Defenders of Gibraltar, formed in response to motorists being subjected to delays of up to six hours, film and photograph police checks to use as evidence of unnecessary hold-ups.

But bosses of the UFP police union, which represents the Guardia Civil officers carrying out the checks, have now accused the group of ‘hounding and insulting’ its members.

It said officers’ faces and ID numbers had been posted on internet forums and that, as a consequence, none of its members wanted the job of carrying out the checks.

“The magnitude of what is happening is only understood by those who have to endure the situation,” read a statement.

However, campaigners have hit back at the allegations, claiming they only take action when they deem the checks to be excessive.

“We always act within the law and are merely placing the Spanish controls under public scrutiny,” said Gareth Gingell, a Defenders of Gibraltar member. 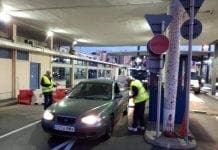 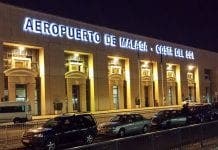