AS news breaks that another European institution is struggling from the economic crisis in Europe, despair intensifies.

The possible bankruptcy of the Erasmus programme was something that hit a nerve with me. I studied languages at university and as part of my degree, I was offered the opportunity to study abroad.

According to a survey by the British Council, 79% UK adults agree that they would have better job prospects now if they had seized the opportunity to study or live abroad.

My job prospects may have been increased but it was my personal development that really soared. Everybody knows being fully exposed to the language is the best way to learn but it was the first steppingstone for me to adventure and an open mind, which has led me to where I am today.

I come from a small town in Essex. Going to the nearest city, London, was still an exciting day out for me at that time. Lyon was my first experience living in a big city. The initial excitement was huge as we explored and went to or hosted parties, lots of Erasmus parties.

We lived in a little white washed apartment and paid far too much money for it. The third bedroom was actually only 5 foot in height. We each got a hunchback from spending time up there. A stoop my ballet teacher would slap my wrists for still remains, I tell you.

You climbed up into the little maisonette third bedroom via a slippery varnished ladder that sat right next to a long French window. This invited a fall of many metres from our top floor flat. We had to construct makeshift insulation in the winter because the high ceilings and tiled flooring left the flat unbearably cold.

We used the heating in emergencies or when we could see our breath. Once, my flatmate incinerated some fishfingers so that our shining maison blanche was covered in a layer of soot.

Learning in French was difficult. I experienced failure for the first time as I tried to get my head around translation and the negative marking system in France. We went to the market every weekend, drank red wine, ate the cuisine, went skiing for the first disastrous time, backpacked the south coast, visited cities, and it was wonderful. I made best friends.

I learnt incredible amounts about how to manage living abroad and I fell in love with it. I also discovered a little bit about the realities of life.

There are two thick ribbons of water flowing through Lyon that section off parts of the city; the Old town, the industrial quarter and the island in the middle. It is a beautiful place, the architecture is pristine and so many grand buildings fill the centre where I lived. However, at some point, when my rose-tinted tourist glasses had been removed, I started to notice the social problems of big cities. I saw the homelessness, desperation, ghettos, crime and unpredictability of city life. I realised the demand for support, soup kitchens, social care and initiatives for integration, amongst many more needs.

The Erasmus grant made my time in Lyon possible. I had worked all summer beforehand and found a nanny job in Lyon (another experience as I became “mum” for the children) in order to afford it. It opened my mind to so much and led me so far, from Mexico to Spain to Honduras, from social projects to teaching abroad to working in the developing world.

And now I hear Erasmus, along with other EU social programmes, are in financial difficulty and their pleas for help falling on deaf ears. Austerity of this kind is so hard, too hard.

After calls to up the annual EU budget by 6.8%, an increase of €9 million to cover floundering social funds, four EU countries – Austria, Britain, The Netherlands and Sweden – declined, while France, Finland and Germany demanded €5 billion more in cuts. How far can it really go?

Alain Lamassoure, head of the European parliament’s budget committee, blamed this situation on the austerity-minded governments of the EU. His bleak forecast following the announcement of bankruptcy from the European social fund is that the Erasmus programme and the Research and Innovation fund will be next. Karina Ufert, chair of the European Students’ Union, called for addressing the budget shortfall by “using money from under-spent EU funds”.

Given that the EU only spends 1% of its annual budget on education and training, surely it’s time to support the interests of young people and make mobility accessible to everyone even throughout these hard times. If there really are under-spent funds, then save Erasmus! If there aren’t, let’s dig deep because it truly is invaluable and I recommend it to each and every young person. 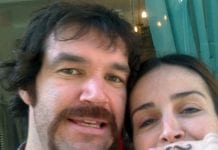 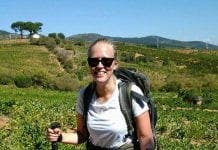 Have you been in Portugal?