TWO new sand banks have been spotted off the coast of Benalmadena.

The formations, which are approximately a kilometre from the shore, are thought to have been caused by recent heavy rains.

“Through binoculars, I was amazed to see a series of sand banks about a kilometre from the shore at Torrequebrada near Benalmadena,” said photographer Rod Jones.

“I assume these are temporary features resulting from the silt being deposited in the shallows.

“Nevertheless, the depth of the sea here should be around three metres, and suddenly we have dry land,” he added.

In some parts of the region – where the average annual rainfall is 500 litres per square metre – 50 litres fell in just half an hour. 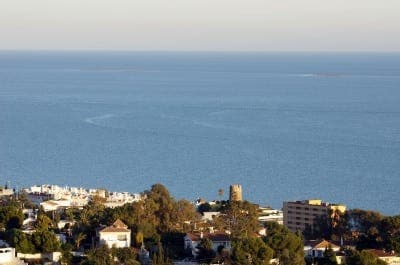