SPAIN’S motoring industry is set for an adrenalin boost after plans were unveiled to increase annual car production to three million.

The initiative will create 73,000 jobs, increase Spain’s overall exports by 4% and raise GDP by 1%, according to the association of Spanish car producers, Anfac.

It will also lower the average age of cars in Spain from 10 years to eight. 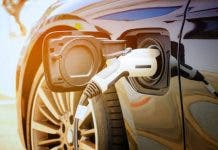