THOUSANDS of rare and endangered fish are at risk of death as Roquetas Aquarium falls further into financial hot water.

Due to a €9,500 unpaid electric bill, Endesa are turning off their electricity supply on February 7, which will cause the death of more than a thousand different species of marine life, including rare and protected fish.

The Aquarium, in Roquetas de Mar, Almeria, is the largest in Andalucía and has been struggling under a €3.5 million debt for several years.

Aquarium director, Enrique Fernandez, is in crisis talks with the energy company and the courts in the hope of postponing the switch off until the summer when the top tourist attraction will benefit from increased revenue. 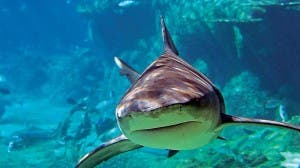 Talking to the Spanish press earlier this week he admitted that, ‘things look bad’ because the survival of the animals depends on the electric power that powers the tanks.

It is thought a cash injection of 150,000€ would be needed just to keep the centre operating.

The owners- a consortium of Spanish businesses which includes the bank, Cajamar-have been unable to find an alternative aquarium in Spain big enough to take their stock.

Aquarium Roquetas de Mar opened in July 2006 but fell into financial difficulty in 2009.

The tourist attraction managed to stay afloat but has been struggling to pay its staff for several months.