A GIANT dragon and snake joined around 100 children at the British School of Marbella as part of their Chinese New Year celebrations.

Some of the older children made the brightly coloured animals and paraded them to the Foundation Stage children.

The pupils study Mandarin Chinese at the school and learned how to write in Chinese and make snake sock puppets as part of their Chinese New Year celebrations.

They finished the day with a Chinese feast.

Headmistress Sian Kirkham, said: “Celebrating events like this allows us to teach our children about cultural diversity and tolerance in a fun, creative way.

“Children, staff and parents had a fantastic time involved in a variety of activities including cooking Chinese snacks, painting Chinese characters and dragon dancing.”

2013 is the year of the snake which is considered the most dangerous of the 12 cyclic creatures. 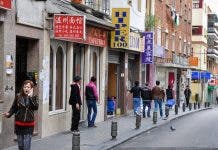 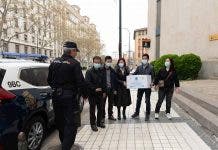