SPANISH Formula One hero Fernando Alonso has come under fire for allegedly smashing a photographers camera.

Jordi Martin claims the Ferrari driver ‘manhandled’ him after he tried to take a picture of the star and his model girlfriend outside a hotel in Barcelona.

Alonso, who is staying in the city ahead of the Spanish Grand Prix, is then alleged to have smashed Martin’s €6,000 equipment on the ground.

Martin, who has reported the driver to the police, says the assault was witnessed by several fans gathered outside the hotel.

“Let’s see if through this complaint he learns to have more respect for the press,” said the photographer.

“He is an example to millions of children, he knows perfectly well that he was not provoked,” he added. 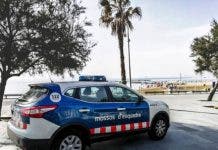