ALABAMA, Chigago and Tipperary have all been imortallised in song.

Now it is the turn of Alhaurin el Grande.

Jazz singer Joanna Eden – described as ‘The UK’s answer to Diana Krall and Nora Jones’ by Time Out – was so moved by a recent stay in the Guadalhorce Valley town, she put her feelings to paper.

Finding the town (population 23,000) a ‘liberating influence’ after a recent split with a boyfriend, she penned the three-minute ballad as a tribute.

“She had arrived in Alhaurin feeling very upset and down,” explained her close friend Liz Ironside.

“Her boyfriend had knocked her confidence saying she was too old to keep on performing and she’s only 41.

“She arrived here at night feeling a sense of loss and meloncholy. But walking down Avenida de Libertad, enjoying the sunshine, the next day really lifted her spirits.

“She realised her ex-boyfriend was holding her back…and ‘the street of liberation’ became a lyric,” added Liz, who first worked with the artist as an events organiser with the National Trust.

“I think Alhaurin and its multi-cultural society made her feel at home…and inspired her to write the song.”

The song is now to be premiered during a charity concert for local animal charity ARCH, on June 14 at Venta Miralmonte.

Joanna – who has played alongside Jamie Cullum and Ronan Keating – was so moved by the plight of the animals at the rescue centre that she has offered her services for free and will be flying in
from London especially for the event.

Jill Newman Rogers, chairman of the charity said: “We are very lucky to have this for this event, it’s not every day that world class performers offer their services free – this is a night not to be missed.”

It is not the first rock and pop influence in the town. Status Quo’s Rick Parfitt has a house near the town and Neneh Cherry used to take her holidays there. 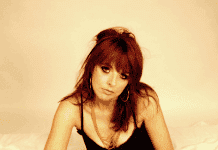 Is this the way to Alhaurin? 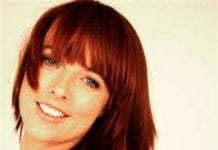 Joanna Eden to sing for charity in Alhaurin el Grande 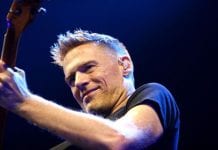 Starlite festival to light up Marbella