A MASS of moths has engulfed Madrid following a population explosion of the winged creatures.

It is thought that a combination of spring rains, a sudden wave of summer heat and gusts of wind wafted the moths into the Spanish capital.

Roger Vila, researcher at the butterfly diversity and evolution laboratory in Barcelona, said many of the flying insects would have come from southern Spain, but others may have made the long migration journey from northern Africa across the Gibraltar Strait.

“What happened is that there were very special climactic conditions,” he explained.

The moths, which carry no health risk and are not the clothes-eating variety have been spotted in large numbers by residents across the city.

Jose Maria Camera, a vet at the Madrid city hall’s health department, said residents had called the city authorities with sightings of anything from two or three moths to a staggering 150.

“They live for about a week so they will certainly die within a few says,” Mr Vila added. “The only question is whether more arrive at some point.” 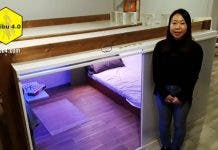