GREEN groups have reacted with joy after a controversial hotel and villa development was stopped in its tracks by the Junta.

New legislation has been put in place to protect the huge area around Tarifa’s emblematic Valdevaqueros beach.

It comes after the town hall passed the scheme that would have seen a 1,400-room hotel and 350 properties being built next to the beach, which is celebrated for its nature and beauty.

After a huge outcry by environmentalists and demonstrations on the beach attended by 20,000 people, the Junta has revised the legislation that would have permitted construction on the coast.

This new legislation halts a huge 43,533 properties currently under construction or set to begin, as well as refusing permissions for a further 187,000 properties that are within with 500 metres of Andalucia’s coastline.

The provinces greatest affected are Almeria, Huelva and above all, Cadiz, where a total of 16,665 have been blocked.

In particular, the revision of the coastal law includes an explicit ban on building in Valdevaqueros.

The Junta has declared that 74 hectares threatened by the development have now been classified as ‘territorial protection coastal area 1’ – the most restrictive.

This means, it is completely forbidden to ‘build homes or any other type of constructions, buildings or facilities,’ except those directly related to the conservation and maintenance of the environment or educational activities.

Intensive cultivation in plastic greenhouses is also banned for areas that, like Valdevaqueros, have been declared protection zones 1.

This means that the damaging spread of so-called ‘plasticulture’ is being prevented in 67 locations (22 in Almeria, 22 in Cadiz, 17 in Malaga, nine in Granada and nine in Huelva).

Of these new ‘buffer zones’, 17 are classified as needing ‘high protection’ and 47 have lower restrictions, allowing some construction.

The remaining three correspond to the Natural Park of Sierra de Gata-Nijar, where the illegal Algarrobico Hotel has been built.

A spokesman for the Ecologistas en Accion group that has campaigned continually against development on the coast said: “This is excellent news and marks an important change in urban policy at the Junta.”

He added: “The scrapping of Valdevaqueros should be the first step in guaranteeing the safety of all virgin coastline in Andalucia and against the continual politics of brick.”

The new legislation is expected to come into force in March 2014. 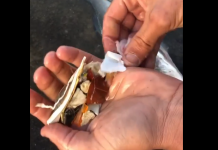