Investigators say the driver train received three warnings to reduce speed in the two minutes before the train hurtled off the tracks.

A court statement on Friday says the driver was talking on the phone to a colleague when he received the first automatic acoustic warning in his cabin of a sharply reduced speed zone ahead.

Forensic tests show the last warning came just 250 meters before a dangerous curve where the accident occurred. At that point, the train was going 195 kph when the speed limit was 80 kph.

The train derailed at 179 kph. 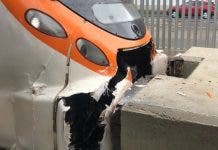 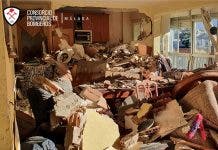 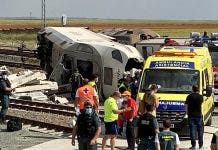