IT goes without saying that the relationship between grandparents and their grandchildren is a deep and joyful one. But did you know that clinical studies are showing that positive relationships with our grandchildren are actually good for our mental health?

It’s true. A study done over two decades and recently reported, has brought back interesting results.

While everyone expected that strong family ties would produce good results, no one expected the dramatic results that were documented. It was determined that if the grandparents and their grandchildren were emotionally close, that both of them had fewer symptoms of depression. It seems both generations received
a psychological boost related to their relationships.

It is understandable that a young child going through his or her growing up years would benefit from a doting and loving grandparent’s attention. But what also became clear in this study was the fact that grandparents needed the opportunity to give and find purpose in their giving of love, time, financial resources, wisdom and experience and general support to their grandchildren. It was important not only to receive help and attention from the grandchildren as they became adults, but it was important for the grandparent to continue to give. Grandparent’s mental well-being was strengthened when the relationship with grandchildren was strong over time.

The paper on this important study was given last August at the 108th Annual American Sociological Association’s meeting in New York City. The study tracked participants from the time that most of the grandchildren were teens until they were in their thirties. The closer the grandchildren were to their grandparents, the fewer reports of symptoms of depression were reported from both generations. Dr. Sara Moorman, reported, “The greater emotional support grandparents and adult grandchildren received from each other, the better the psychological health.”

Because adults are living longer than ever, the prospect of relating to our grandchildren well into their adult lives is a distinct possibility. Generations will co-exist over longer periods of time. Knowing this, we may make the commitment to invest more of our time and energy and resources into our grandchildren’s lives: their education, their moral and social choices, their financial well-being and influence on their long-term goals in life.

The study continued to report that, “Extended family members such as grandparents and grandchildren serve important functions in one another’s lives throughout adulthood.” Think about the relationship you currently have with your grandchildren. How can you give them not just gifts and money, but more importantly, how can you share with them your life experiences, your lessons learned, the stories of your life that can enrich and inform theirs. It’s a fact. If you invest in your grandchildren’s lives, you’ll be improving your own sense of happiness and purpose as well. 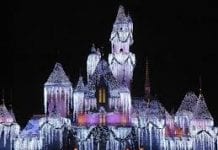 Christmas in Paris with the grandchildren 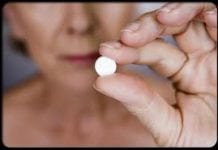 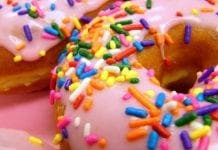 Delicious treats at half the calories