SANTANDER is to buy a majority stake in the personal finance arm of department store El Corte Ingles.

The country’s biggest bank by assets will buy 51% of the consumer finance division of the world’s third-largest department by sales.

The purchase will be the bank’s first significant investment in Spain since the onset of the financial crisis.

It will also go some way towards easing the €5 billion debt pile run up by El Corte Ingles as a result of a sharp fall in profits over the past five years.

The family-owned department store, founded in 1935, has faced stiff competition from cheaper rivals such as Mercadona, Dia and Zara owner Inditex since the downturn, resulting in a profit fall from €716 million in 2007 to €210 million last year. 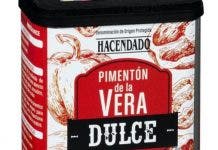