A TRAINER has been attacked by a tiger at a Spanish circus.

Denny Gottani, 35, was performing with the Gottani Circus in Madrid when the tiger leapt up and began to maul him.

The animal refused to let go until another circus worker intervened.

He was taken to a local hospital and treated for multiple injuries, including wounds on his head, back and legs. Though Madrid Health Services said the veteran tiger tamer did not sustain any damage to his vital organs, he is still being held for observation – possibly in case of infection.

Gottani’s mother was reportedly in the audience at the time. After the incident, she was treated for an anxiety attack by on-site medical services.

Gottani, who has worked with tigers since he was 18, apparently never used whips when he performed with the animals.

Witnesses told El Mundo that the tiger involved in the attack – one of four in the act – was not heeding directions before it pounced on Gottani. 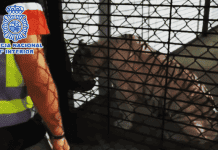 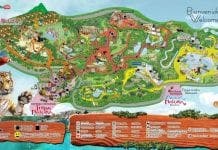