A NEW petition has been launched to fight a controversial golf development near Nerja.

The huge La Coladilla ‘macroproject’ that includes 1,000 luxury homes, a five-star hotel and an 18-hole golf course has been given the go ahead after a decade of legal wrangling.

But the massive €165 million scheme, built beside one of Spain’ most beautiful nature parks, has received considerable opposition from locals and green groups.

The scheme, promoted by George Soros and the Med Group, has finally been given the go ahead after Nerja Town Hall overturned a Junta ruling on appeal at Spain’s Supreme Court.

The development – planned for north of the famous Nerja Caves, bordering the beautiful Sierra de Tejeda, Almijara and Alhama natural park – was stopped in its tracks in 2006.

The site was originally purchased for 15 million by multinational developers Medgroup in 2002.

It soon had permission from Nerja Town Hall but Junta planning regulations put a stop to the project and since then it has been going through the courts.

Now Spain’s Tribunal Supremo has ruled that the project can go ahead.

Nerja Mayor Jose Alberto Armijo has highlighted “the impact that this large golf complex project, defended for many years by us, will have on Nerja.

“Justice has spoken and Nerja town hall was right.”

The Junta is studying the decision in preparation for launching an appeal due to the environmental impact on the area.

In the meantime, an internet campaign set up against the project has received around 1000 signatures. 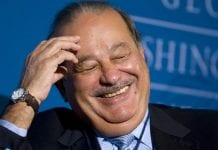