LOOKING to get maximum exposure for the launch of his photo exhibition in Malaga, Richard Kern knew exactly what to do.

The American photographer enrolled a few of the subjects of his pictures and dragged them down for an impromptu concert.

Moore, who now lectures in poetry at Colorado University, flew in from New York, while Lydia Lunch came down from Barcelona, where she now lives.

The one-hour show ‘Breaking Open the Head’ comprised an hour of mostly noise, screaming from Lunch, and poetry from Moore.

“I am mostly here to bring a bit of noise,” Moore told the Olive Press. “It is great to be back here on the Costa del Sol.

“The last time I was here was over a decade ago and we headed off to Morocco for a few days after performing. It was a breeze.”

Kern himself was overwhelmed with the huge turnout for his first Spanish exhibition ‘Famosas y Desnudas’, at La Termica, with the venue also celebrating its first anniversary.

“It is great to see so many people here,” said the New Yorker, who regular takes photos for GQ and Playboy magazines. “It’s quite a surprise.”

The photographer, who has also made a number of films and had 11 books published, has taken the cover photograph for a number of albums, including Sonic Youth and Marilyn Manson.

“Everything started with the film Blow Up, set in London. The first time I saw gay people, someone smoking a joint and some edgy photographic content,” he said. The show runs until April 11. 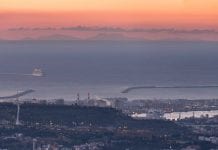 Another stunning and rare photo of Mallorca from the mainland 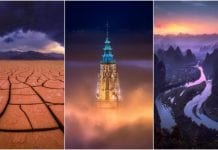 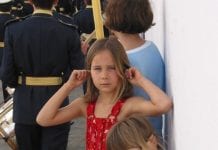