OPPONENTS of the controversial scheme to sell La Almoraima estate to developers were hopeful of victory this week.

Campaigners against the ‘elite tourism’ macroproject were hopeful that a plan to re-zone the entire estate within the Alcornocales Natural Park would stave off its sale.

The move by the Junta will put the entire 14,000 hectare estate, a paradise of oaks, ancient pines and wild olives, within the park boundaries, dramatically restricting its development.

The rules would almost certainly prohibit the building of a five-star hotel, golf courses, polo fields and a private airport, all of which are in initial plans for the estate.

The plan came just as the PP government in Madrid announced that it had put out the project to tender for an estimated €300 million.

The news has been warmly greeted by both the Town Hall of Castellar de la Frontera, which wants to see sustainable investment at La Almoraima, as well as environmentalists, outdoor enthusiasts and ordinary people who were incensed by Madrid’s decision.

Among those opposed to the scheme, which the Olive Press first reported on in November, were bestselling authors Guy Hunter Watts, Geoff Garvey and Chris Stewart who accused the government of ‘selling off the silver one more time’.

Last night expat Hunter Watts added: “This should make it unlikely that investors will risk investing in this development.”

La Almoraima makes up some 10% of Los Alcornocales Park, but some of the estate was outside the park’s boundaries.

The Ministry of the Environment has responded that it still intends to go ahead with the sale and has criticised the Junta for its actions.

Environment Minister Miguel Arias Canete has accused the Junta of ‘sabotaging a great urban plan that would be great for a deprived area of Spain’.

Madrid may well decide to challenge the expansion of it in the courts.

A big demonstration against the sell off has been announced for January 26 in Castellar de la Frontera.

A petition against the development can be signed at www.change.org

Hundreds protest against sale of Almoraima 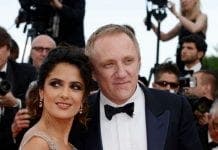