THE son of a respected London dentist, Nigel Goldman attended Carmel College, known as ‘The Jewish Eton’, alongside BHS boss Sir Philip Green. But apart from rowing, he spent more time learning about coins than studying.

By his early 20s he was living in a luxury hotel suite and driving a metallic green Porsche thanks in part to making £10,000 at roulette. “I’m making a good living. I’m dressing well. I’m drinking well. I’m screwing well” he wrote in his book High Stakes.

However, his high flying lifestyle attracted the attention of the authorities and in 1980 he was fined £60,000 for VAT fraud.

Goldman then formed Leander Commodities to deal in precious metals. But the market crashed, and faced with angry creditors he cleared the office safe of cash, valuable coins and even a few gold bars and fled to LA.

He reinvented himself in the US as an English gentleman and managed to secure an investment of $2million from a Henry Bloomberg, who was subsequently arrested for a bond scam. On seeing Bloomberg in handcuffs being detained by FBI agents, Goldman quickly fled home.

The 80s were good to Goldman. He drove a bright red Lamborghini but was being constantly monitored by HM Customs and Excise as part of Operation Grandslam, one of the largest operations ever mounted, and was arrested in 1986 and sentenced to 12 months.

On getting out he set up Rare Coin Investments (RCI) and despite starting off with good intentions, he soon reverted to his old ways, employing high pressure salesmen in a classic boiler room-style operation.

By 1992 RCI was raking in thousands each week, with most of the money going to fund his team’s lifestyles.

The trail came to an end at Snaresbrook Crown Court in 1996 where the court heard how he ‘systematically and deliberately defrauded investors of massive sums of money. In some cases their entire life savings.’

“Meanwhile he had an expensive apartment, a Ferrari, first class trips abroad, handmade clothes and racehorses,” summed up the judge. “This was a highly intelligent man who knew exactly what he was doing, an expert in his field, who was motivated entirely by greed.” The jury agreed and he got six years for deception.

On release in 1999 where could he go? The Costa del Sol, of course. 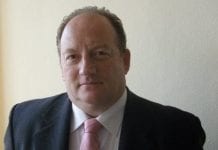 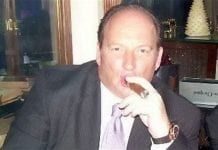 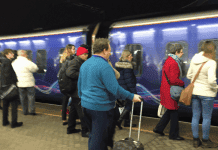