A SPANISH judge sought the arrest of China’s former president and premier over accusations of genocide in Tibet in an eight-year-old case that has drawn a rebuke from China.

However, the case may not progress as Spain’s ruling People’s Party is pushing through new rules to limit judges’ ability to pursue cases under universal jurisdiction, the principle that crimes against humanity can be prosecuted across borders.

This is the same concept used by former judge Baltasar Garzon to bring about the arrest of Chile’s ex-dictator Augusto Pinochet in London in 1998. Pinochet was eventually allowed to return to Chile for health reasons.

“Jiang exercised supervisory authority over the people who directly committed abuses, which makes him responsible for acts of torture and other major abuses of human rights perpetrated by his subordinates against the people of Tibet,” Moreno wrote in the order, citing lawyers for the Tibetan plaintiffs.

Moreno asked Interpol to issue the arrest order seeking Jiang’s detention for genocide, torture and crimes against humanity. He issued similar orders for Li and other Chinese officials in the 1980s and 1990s. 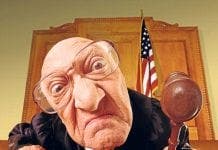 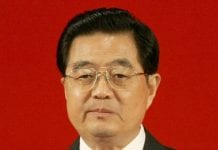