THE daughter of American author Jerome Mintz will once again be the guest of honour in Benalup, Casas Viejas, for the carnival on March 1.

Carla Mintz will be giving a talk and selling copies of her father’s book, The Anarchists of Casas Viejas, which is about the events surrounding the massacre of locals by government forces in January 1933.

It has become tradition for Carla to present a workingman’s cap, like the one her Father wore when in the area, to a deserving member of the community each year.

Jerome Mintz, who died aged 67 in 1997, stayed in the town several times while gathering information from people for his book and was particularly interested in the legends and traditions behind the carnival and other fiestas.

The book was published in U.S.A in 1982 but the villagers only discovered it when ten years later a visitor produced a copy in a bar on the square.

It was then translated by local people and a Spanish edition was soon published by the University of Cadiz.

Carla will give the talk in English at 8pm in La Posada on Main Street.

For more information on the anarchists, Jerome Mintz and Casas Viejas visit: http://historiacasasviejas.blogspot.com.es/ 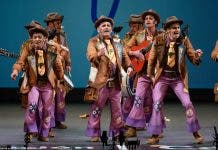 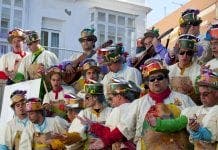 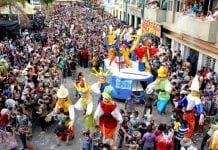