A STILLBORN jaguar cub was saved by the kiss of life from a dedicated Spanish vet.

The rare operation was deemed necessary as the mother, Xena, had previously killed two cubs shortly after giving birth.

It took a team of 12 vets, nurses and assistants to deliver the cub, christened Ali, but the dramatic operation descended into a frantic search for a heartbeat.

When it was found the cub wasn’t breathing, the team to perform CPR to kickstart the animal’s heart.

They then used a pump to attempt to force air into into its lungs, but neither treatment worked.

In desperation, Dr Garrido came to the rescue with the emergency mouth-to-mouth.

After a tense eight minutes, the team finally felt a tiny heartbeat.

Antonio Rodriguez, a fellow vet who witnessed the birth, said: “The experience of seeing an animal start living and breathing after out help is really amazing. It is indescribable.” 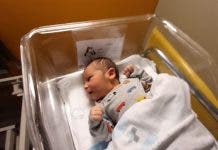 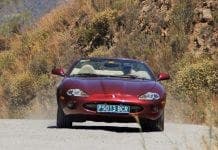 Jaguar car enthusiasts get together on the Costa del Sol