ALL but two of the 35 companies listed on the Spanish stock exchange are using tax havens, it has been revealed.

The report by the Spanish tax office estimates that the ‘submerged’ economy accounts for a quarter of the nation’s GDP.

And, it has emphasised what a problem tax evasion has become.

While there have been recent high-profile court cases, such as the footballer Lionel Messi and the soprano Montserrat Caballe, tax inspectors say the bulk of the evasion is carried out by business and families with large fortunes.

Tax authorities have complained that their time is wasted pursuing small individual cases while large companies remain out of reach. 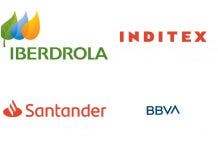