THE world watched in horror this week as a sex video of an 18-year-old British tourist in Spain went viral.

Many who witnessed the teenager being abused by 24 men in the middle of a dance floor in Magaluf labeled the Northern Irish holidaymaker a ‘slut’, a ‘slag’ and a ‘disgrace’.

But she was a victim of a shameless holiday counter-culture that encourages the idea of young girls as sex objects.

With this objectification has inevitably come the rise of drink-spiking.

In an exclusive investigation (right), the Olive Press team visited Puerto Banus and Magaluf and heard countless reports of drink-spiking and allegations of rape, assault and robbery.

Yet apparently no organisation in Spain can provide any statistics on the issue and as such no one knows the true extent of the problem.

Britain is providing an excellent example to follow. Home Office initiatives such as Operation Matisse provide statistics, while the NHS and local police websites offer advice on how to stay safe, and how to report it if you’re concerned your drink has been spiked.

Spanish police, hospitals, town halls and club owners need to sit up and acknowledge that these attacks are happening, rather than sweeping them aside.

Acknowledging that the problem exists will be the first step in fixing it.

While we ignore it, rapists and thieves are walking free. 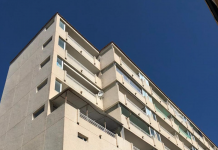