ANYONE who comes knocking at the door of Vega Sicilia winery will be turned away and even waving a wad of cash won’t get you far at this most unusual bodega.

One of the most exclusive bodegas in Spain, this is not the kind of place you can just turn up and buy a bottle.

That is unless you are a big name politician or celebrity, with Hollywood stars Goldie Hawn and Kurt Russell, their daughter Kate Hudson and her husband, UK musician Matt Bellamy, from Muse, and Spain’s deputy PM Soraya Saenz de Santamaria, all attending the famous vineyard’s 150th birthday this month.

Over 700 celebrities and power-brokers were out in force for the event, at which they treated to a trio of ancient vintages and a range of tasty dishes, including sea bass in hazelnut sauce.

Nestled in Valbuena del Duero, between the Duero river and a forest, the Castilla y Leon vineyard is credited with producing Spain’s consistently best red wines.

In the words of its own biography, the wine is “elegant and complex, with finesse and a phenomenal ability to improve with age.”

“It’s unique personality stems from using only the highest quality grapes and the care taken with its creation. But mostly it’s the love that the Alvarez family dedicate to their craft.”

Founded in 1864 by Don Eloy Lecanda y Chaves – a Spanish winemaker trained in France’s Bordeaux wine region – the entrepreneur returned to his hometown with his French grapes in tow.

Cabernet Sauvignon, Tempranillo, Malbec and Merlot vines were planted across the bodega’s 250 acres, and are still the main varieties in the wines today – with some vines more than 100 years old.

The Alvarez family – members of the Primum Familiae Vini, an association of family-owned wineries – took over ownership of the winery in 1982, and have been instrumental in maintaining the vital traditions of Spanish winemaking.

The key to the winery is its very low production, keeping the quality high.

Fewer than 7,000 cases of this most exclusive wine are produced every year, on average, and if the bodega’s winemaker is dissatisfied with the quality of the harvest, the winery won’t produce a single bottle.

But over its 150 years, the winery has perfected its technique – with its attention to detail and incredible patience earning it worldwide acclaim.

The wines themselves – Unico, Special Reserve and Valbuena – go through an extensive aging process.

Unico gets its toasty wood notes and pleasantly bitter tannins only after aging for at least a decade in barrels and bottles.

The Special Reserve – with a dark cherry tone and fine, spicy bouquet – carries on a Spanish winemaking tradition of blending harvests from several different years, so you won’t find a vintage date on the bottle.

But it is the bodega’s oak barrels – many of which are made of American oak onsite after being allowed to dry for at least three years – that provide the real essence of the wines’ personalities.

At the end of their journey, the wines are left to rest in the bottle for between a year and six or seven years before being released to the public.

Prices start for Unico at around 150 euros, with Valbuena starting at around 60 euros.

The whole process can be summed up in the bodega’s simple philosophy: ‘the rush, it doesn’t exist for Vega Sicilia’. 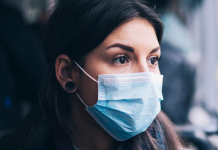 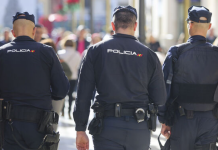