FAMILIES whose homes have been deemed illegal are taking their fight to the central government in Madrid.

Save Our Homes Axarquia (SOHA) – an organisation for owners of the hundreds of illegal properties – insists there should be more protection for those who bought their homes in good faith.

Mario Blancke, a spokesperson for SOHA and town planning councillor for Alcaucin, said the law must be changed.

He said the current law leaves homeowners in a legal limbo and that the offences the homeowners have been charged with are not valid.

“The offence of ‘asimilado fuera de ordenación’ doesn’t apply in these cases as the majority of the houses were built after the land was segregated,” he said.

The group also met Almeria MEP Esteban Gonzalez Pons during this year’s European Elections, to garner support for their campaign. 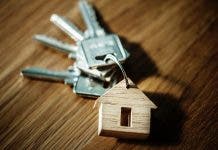