MALAGA’S residents are all smiles as new statistics reveal the southern city is the best place to live in Spain.

Europe-wide research found the people of Malaga were happier than those living in Oviedo or the world-renowned cities of Madrid and Barcelona.

An impressive 96% of those surveyed by Urban Audit – a research group from the European Commission – said they were ‘satisfied to live’ in the Andalucian city, placing it in the top 15 of all 79 European cities surveyed.

Aalborg, in Denmark, came top of the list with 99% of residents happy to live there whereas Athens is seemingly to be avoided with only 52% of people satisfied to be in the Greek capital.

Of the Spanish cities surveyed, Oviedo (94%) came in just behind Malaga, with Barcelona (90%) and Madrid (86%) following their lead.

Malaga also topped the Spanish charts when asked if ‘the presence of foreigners is good’ for the region, with 83% of people from the southern city agreeing that it is.

The opinion seems to be nationwide as the latest statistics on foreigners integrating are up in each of the four cities since the 2009 survey.

But it is not all good news. If you’re looking for job satisfaction then Malaga is not the place to go as it comes out bottom of the four.

Oviedo comes first, with 63% satisfied with their ‘personal job situation’. Barcelona is second with 62%, Madrid third with 56% and Malaga falls short with only 55%. 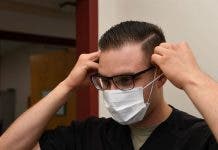 Do I have to wear a mask at the gym or while at a bar with friends in Spain’s Andalucia? – your FAQs answered