GIBRALTAR’S baptism into competitive football ended in a seven-goal thumping at the hands of Poland.

Playing in their first ever competitive fixture the red and whites fought valiantly to make it to half-time 0-1 down, after conceding in the 11th minute to Grosicki’s long-range effort that dribbled past goalkeeper Jordan Perez.

Perez – a fireman by trade – did well for the remainder of the half but could do little to extinguish the second-half Polish onslaught.

Four goals in ten second-half minutes saw Poland establish a five-goal lead with over half an hour still to play.

Grosicki doubled his tally when he walked through the heart of Gibraltar’s defence and poked past Perez, before Lewandowski scored two goals in three minutes.

A commanding header from Szukala made it five as the gulf in class began to tell.

With the game drawing to a close Lewandowski completed his hat-trick before adding his fourth and Poland’s seventh in stoppage time.

Gibraltar have little time to lick their wounds as they travel to Ireland next month for their second Group D European qualifier. 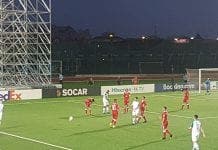 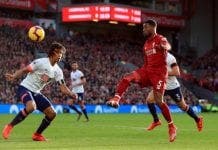 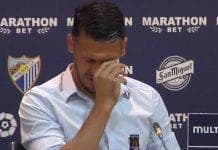