FOOD and national identity go hand in hand in the Mediterranean and Gibraltar is no exception.

The Rock is a true melting pot of cultures – as are the locals’ plates.

The unique local cuisine is influenced by British, Spanish, Genoese and Maltese cultures, to name a few, culinary favourites constantly evolving to reflect the different waves of migrants.

The product of this cultural mish-mash is a variety of dishes particular to Gibraltar, many known as colloquially as ‘llanito’ (Gibraltarian).

One tasty favourite is Calentita, an oven-baked, pancake-like dish made with chickpea flour. Another is Rosto, a pasta dish consisting of carrots, penne pasta and meat in a tomato and white wine sauce.

Torta de Acelga is also a key feature of any classic Gibraltarian menu, which is a chard or spinach pie, along with Menestra de Verduras, a stew of blended vegetables mixed with thick spaghetti.

All of these – like true Great British dishes – are comforting, hearty and full of flavour.

Despite the limited agriculture opportunities on the Rock, indigenous crops include prickly pears, wild asparagus, pine nuts and figs. 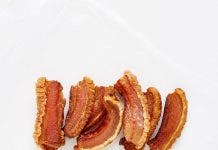 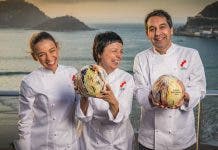 Which chefs and restaurants won and lost in Spain’s Repsol Guide? 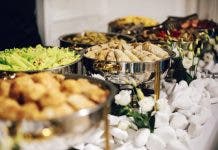