SEPTEMBER means back to the classroom –  but families will need deep pockets to finance the start of the new school year.

Parents have to fork out an average of €716 per child to cover the costs of returning to school in the autumn term, according to new figures published by the Tyrius consumers and housewives association.

Spending on textbooks, stationery, uniforms and the other paraphernalia necessary for the new school year is now higher than ever before, with schools that have an obligatory uniform costing the most.

The study concludes that secondary school runs up the highest bills, averaging €899 per pupil. Infant school is the cheapest at €421, with the average cost for primary school reaching an estimated €698.

As many schools start experimenting with new technology, these costs are set to rise even more, with parents having to lay out €515 for a tablet or iPad, according to the report. 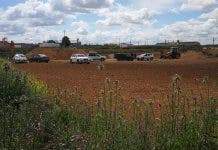